In the Studio : long efforts 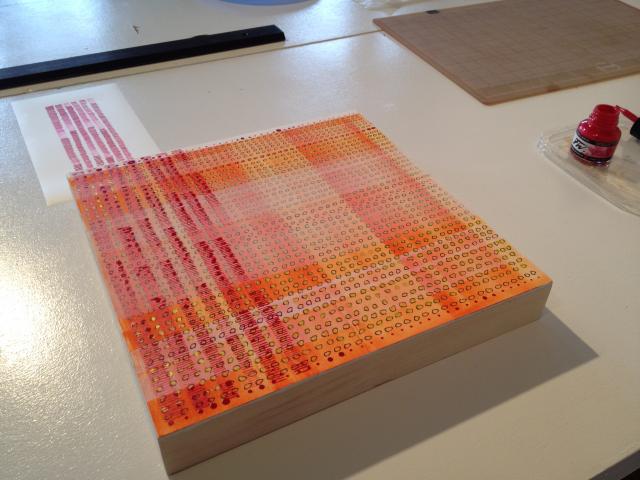 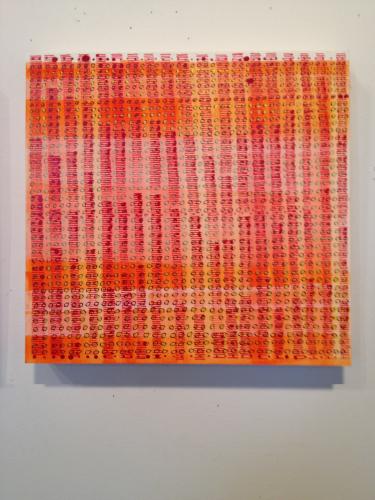 Yesterday was the first full day in my studio in a while. Freezing cold temperatures and the job had kept me away. Still it didn't take long to choose a challenge for the day.

I have been working on two orange panels for several months. What I wanted to do with them has made itself known in waves of clarity and cloudiness. I began clearly enough with dense and tonal backgrounds of orange. I almost wanted to leave them in their first state. I wasn't brave enough. I would come to the conclusion later they weren't really finished.

I began making marks on the tonal surface first. Making repetitive marks I began to fill the space with open circles. After I finished this the panel hung on the wall for weeks. But now it was ready to be met head on. Magenta ink is wondrous and I put my measurement marks to work. It all happened just like that. Done.

Now to have it meet up with it's twin.