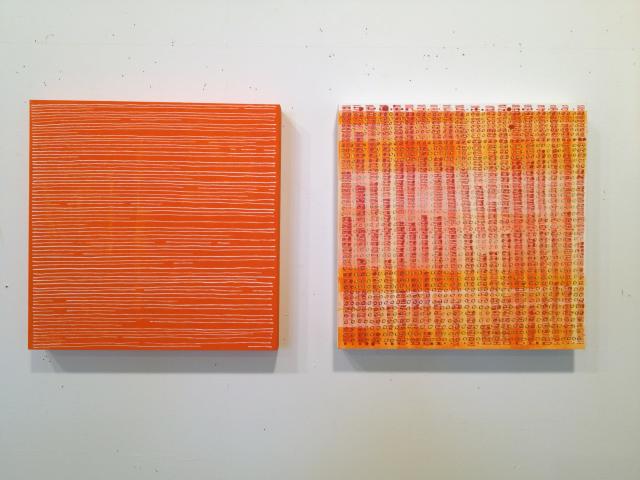 Two drawings. It took me much longer than usual to make this pair.

The solid orange square was finished first. It was a simple dialogue with one pen and one ink color. I drew the lines very slowly. The tonal orange went through stages. At first it seemed the open circles would be the right response to the textued background. I completed them and they said no, not enough. I made dip marks to fill the circles. No, not the right energy or sound.

Then yesterday I laid a small magenta measurement drawing on top and shazam! Those marks in magenta were what I was looking for.

I spent the rest of the day making these marks on the panel. As soon as they were dry I joined the two panels together on my studio wall.