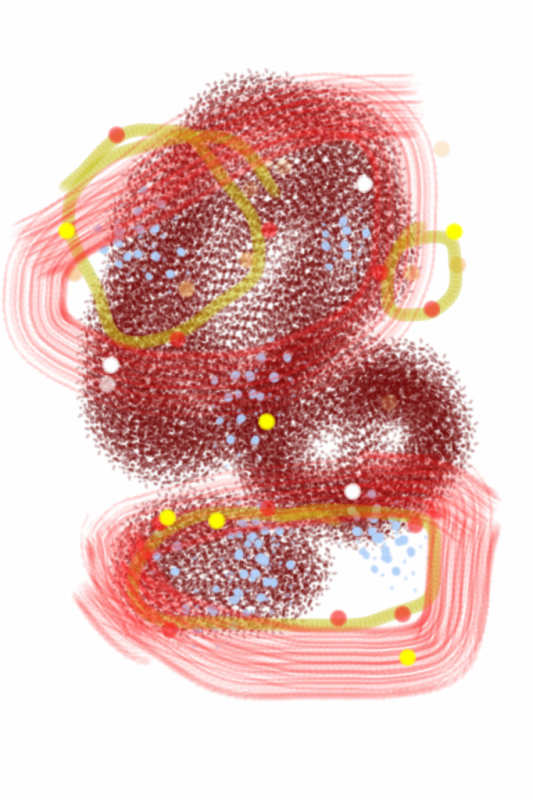 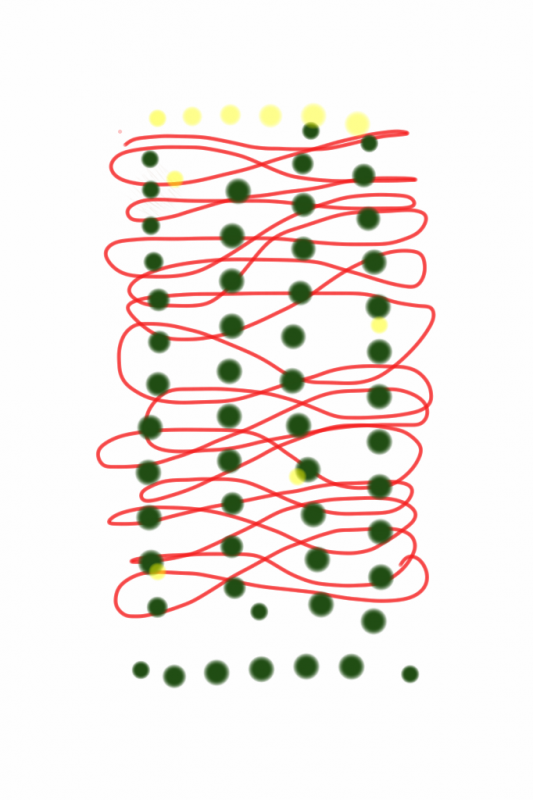 I just know I was willing to put more on top of more. The drawing feels so thick. Now I think it’s a rug. 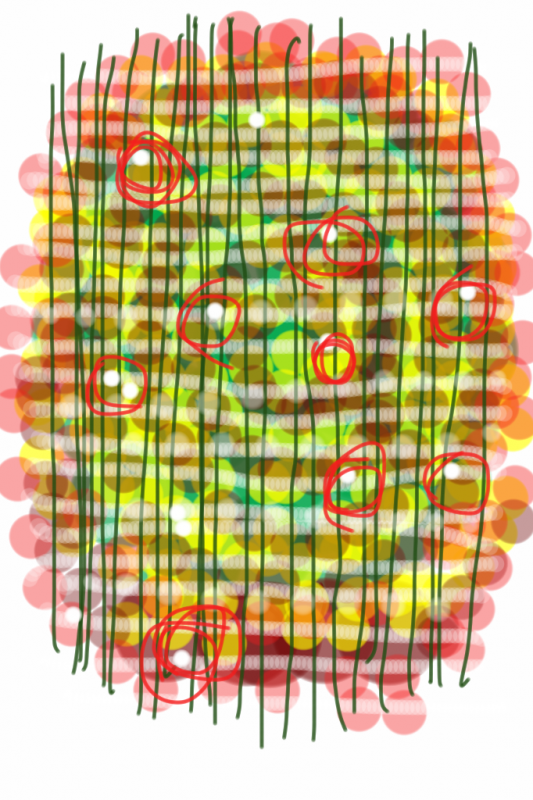 How did this repitition happen. I drew over and over the same path. The translucency did the unexpected and I gasp with joy.

I love these marks. 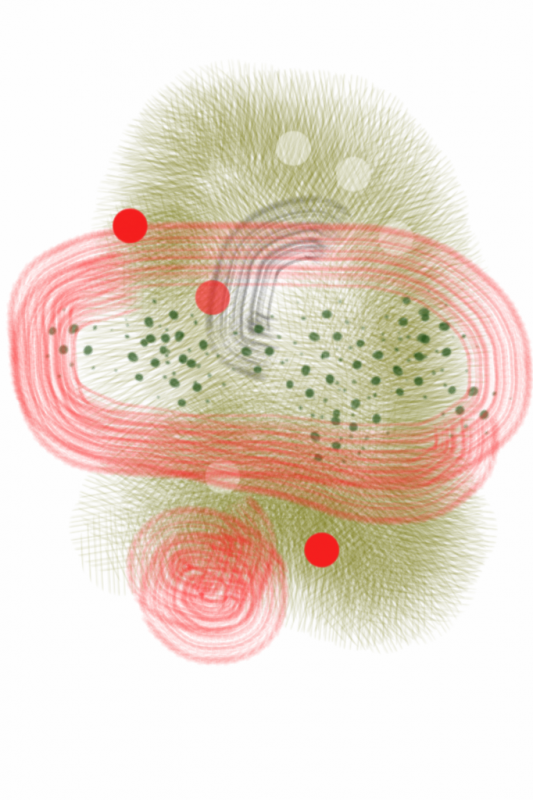 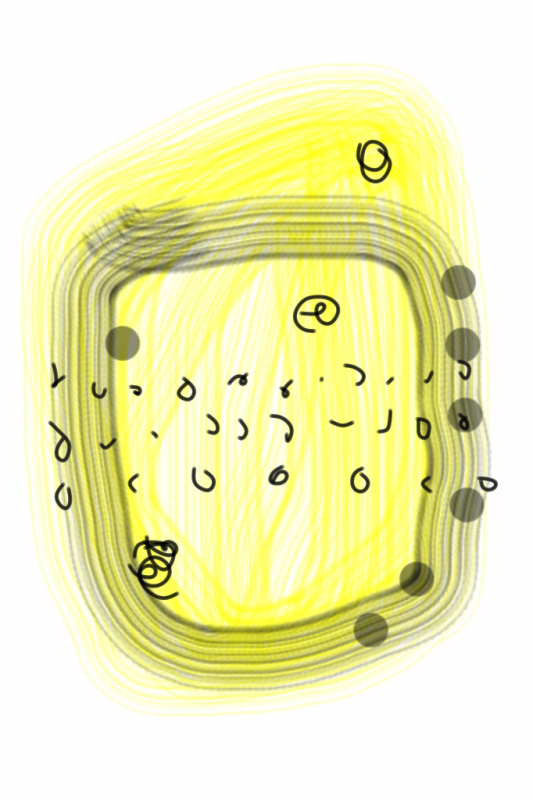 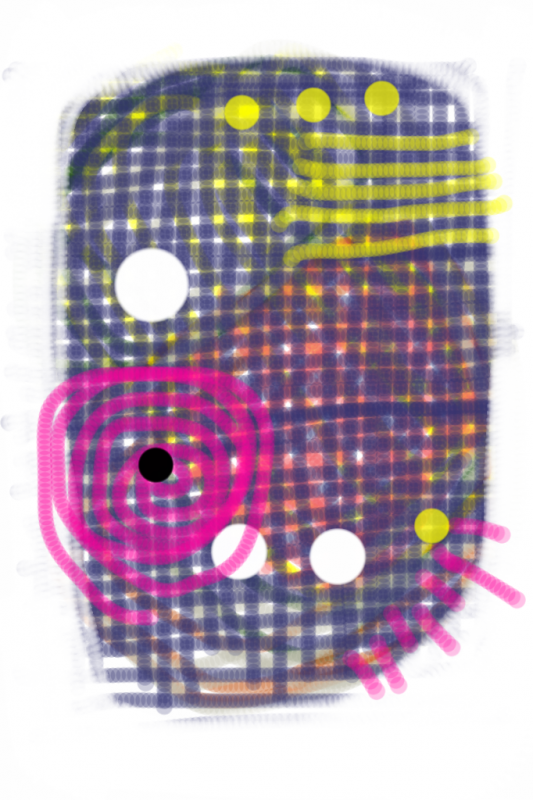 Cold and icy.
Wooly too. 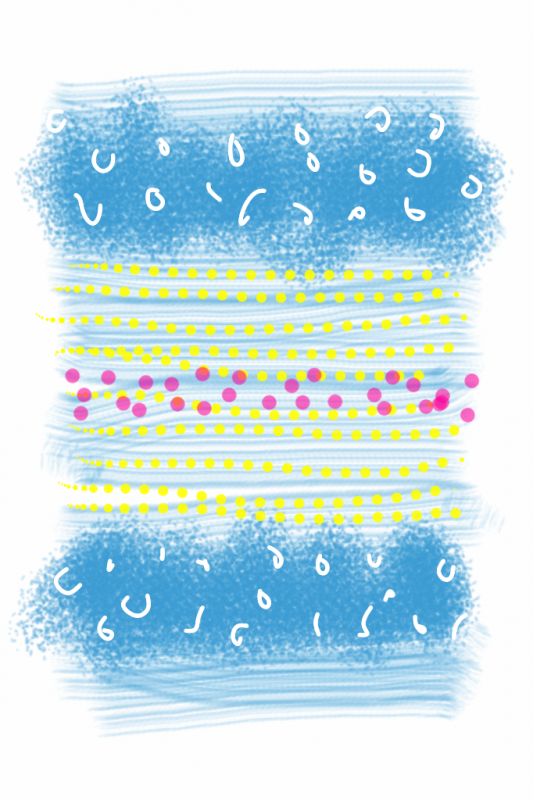 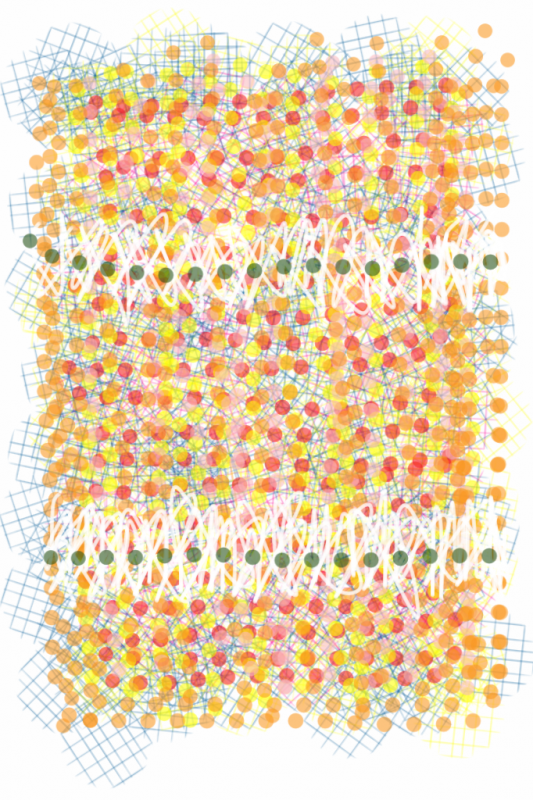 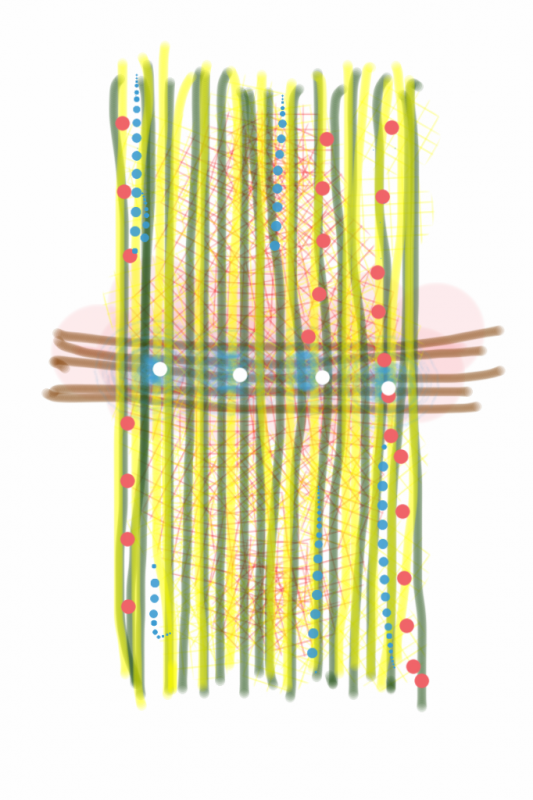 Now when I look at this I think watermelon. Sorta strange since the pink isn’t dominant. But there is something sweet and juicy that comes to mind.
When I was drawing it that summer treat wasn’t anywhere in my mind. 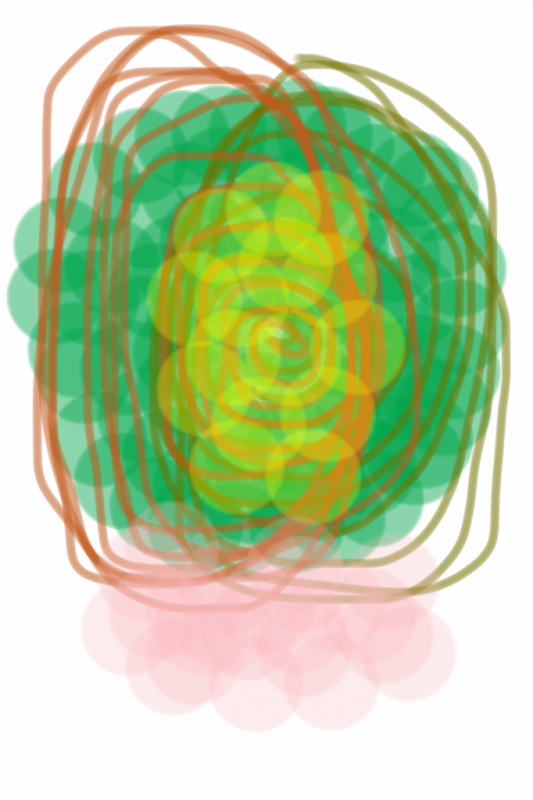