Check out the show. 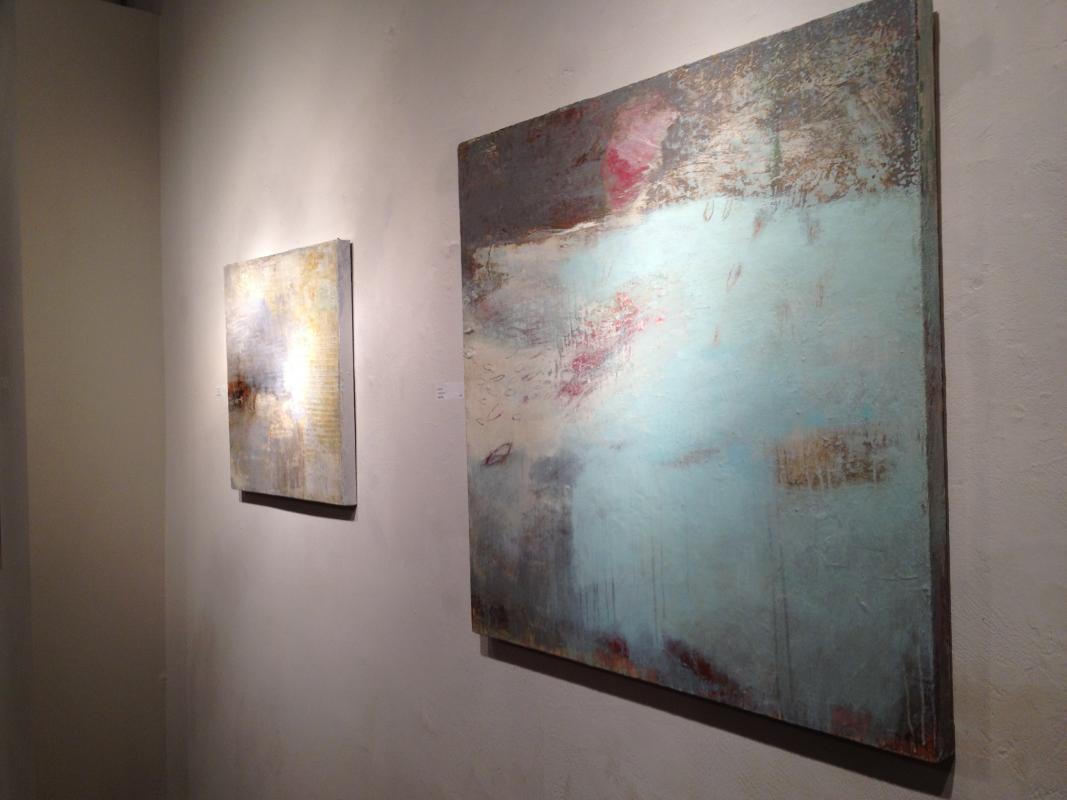 Discovered this image yesterday. Question is, where is this drawing?

I have no idea where it might have wandered off to. I'm going to look in the flatfiles and see what rediscoveries I can make.

Often a drawing stops itself. I 'll put it in a drawer and pull it out again later. This hasn't come back out from where ever it may be. It reminded me about some patterns I had been experimenting with as the first layer of the drawing. Time to make another visit to that place. Just not quite yet. There are some winter things calling to me. 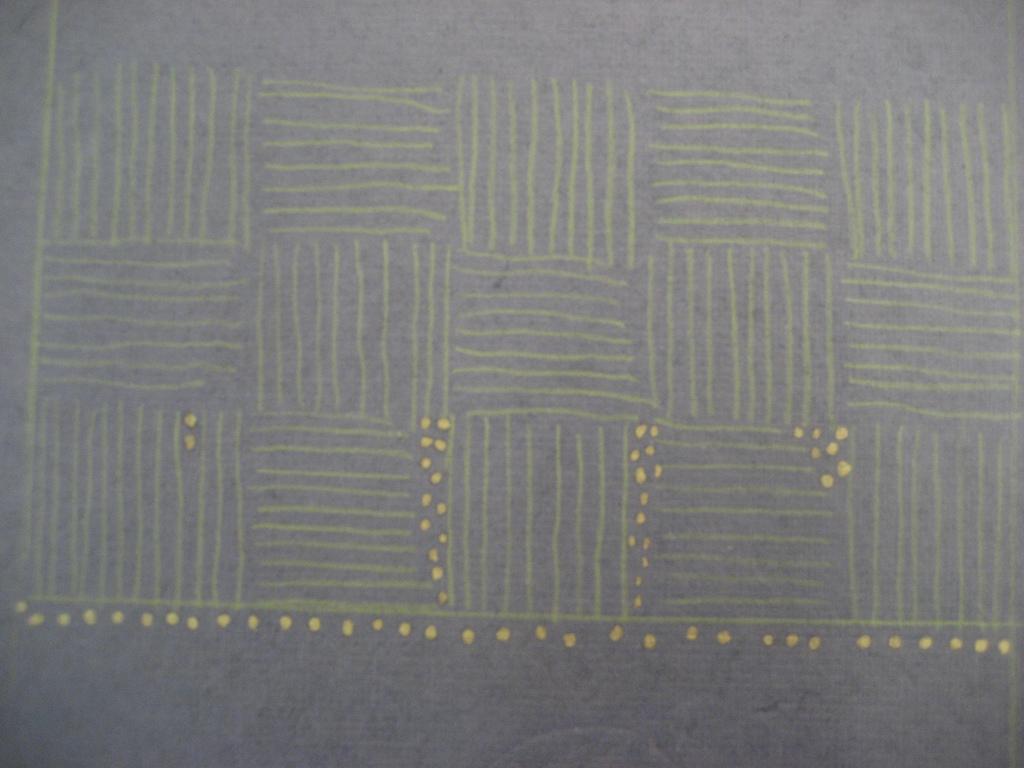 A couple older Rare Earth pieces in Amy Ralston's Studio this past weekend. Yep they are big and they are still available. — with Amy Ralston at Heron Studios 16th Annual Open House & Sale.

Taking these out of storage made me think about framing again. I think that if they were framed I could at least get them shown. I think they would be quite handsome. They are a couple of my largest drawings. 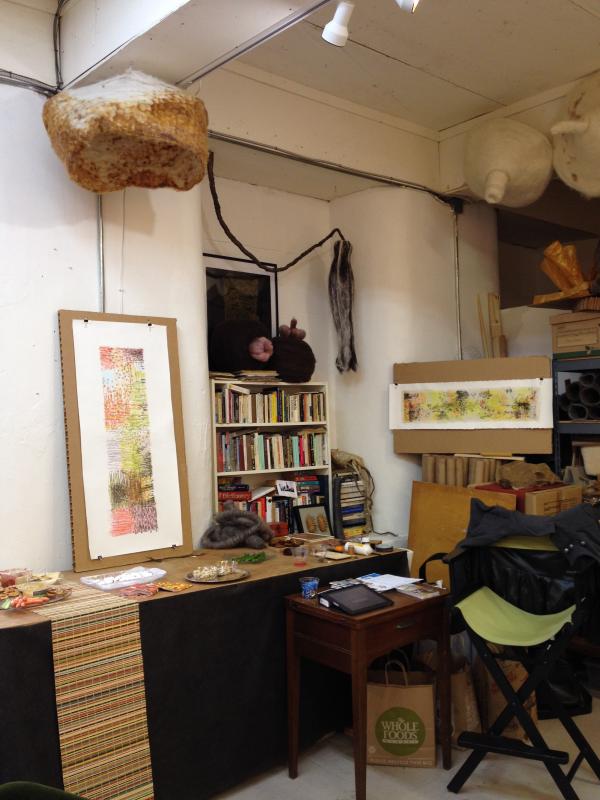 Maybe directly painting or maybe wheatpaste. This is the space I'm looking to draw on. Testing some ideas in a SketchUp file.

What would a drawingaday look like this big? Or maybe I should make a whiteboard and draw something different every once in a while? 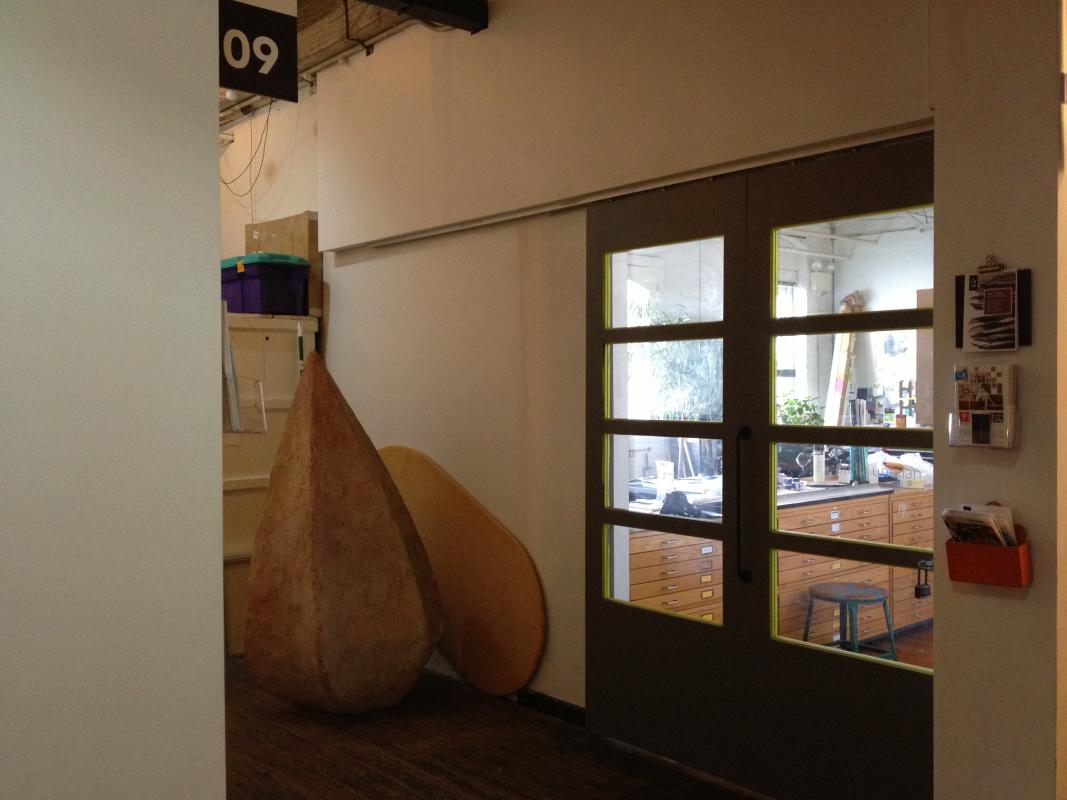 Autumn in the mountains is a technicolor dream.

Recently spent a few days up North in Kingston and took a road trip to Storm King. Two favs one is this wall which I followed across the park. Sometimes straight as an arrow, others serpentine, yet others out of sight.

I want to make some drawings that make me feel like that — bisecting a field. 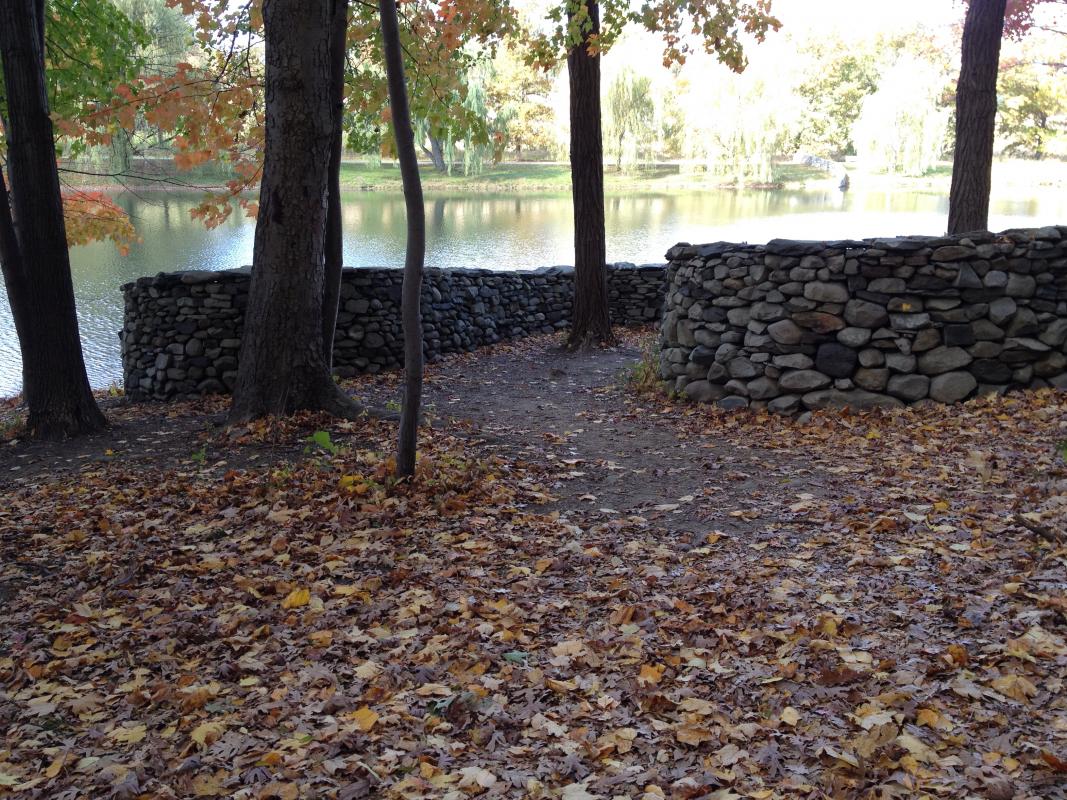 Sol LeWitt: A Wall Drawing Retrospective comprises 105 of LeWitt’s large-scale wall drawings, spanning the artist’s career from 1969 to 2007. These occupy nearly an acre of specially built interior walls that have been installed—per LeWitt’s own specifications—over three stories of a historic mill building situated at the heart of MASS MoCA’s campus.

I started to make some prototypes for my books that I intend to enter in RiTUAL. an upcoming show in Philadelphia. Cutting a larger sheet of paper down to size, folding it in half, cutting the slit, folding it again. 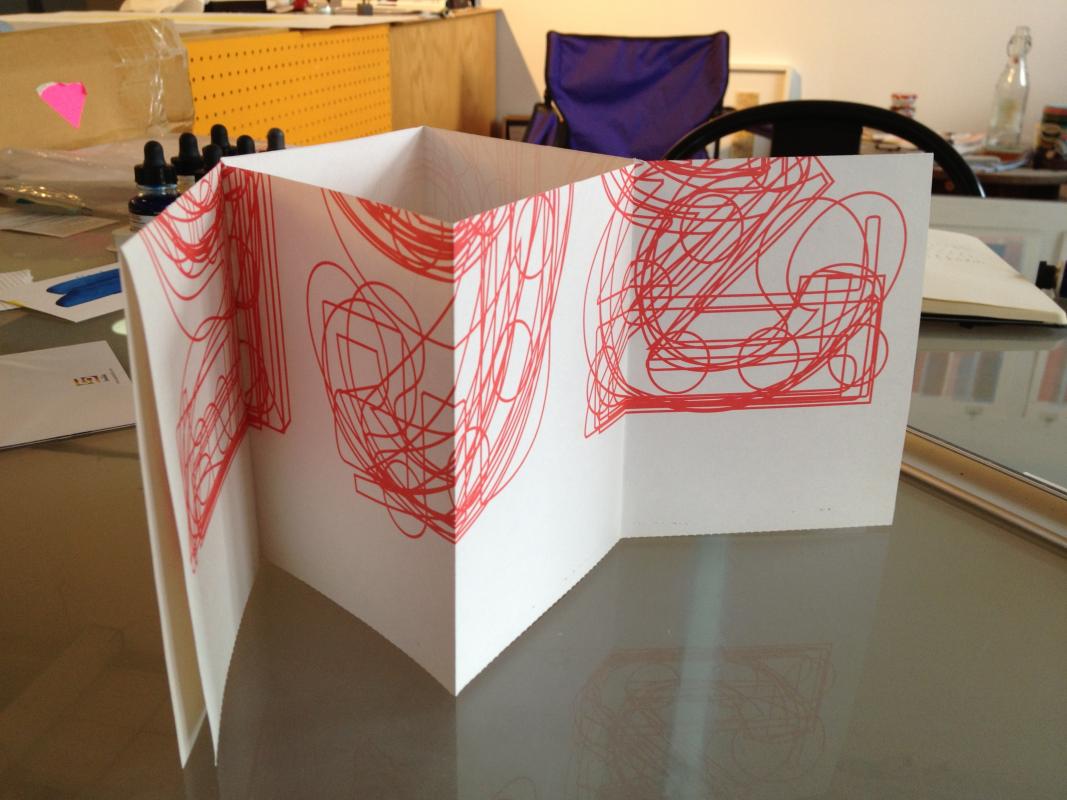 I've been in my studio early the past few days.

I have been very productive and extremely excited about the new work I am making. But yesterday I felt like a spinning top. Bumping into and spinning off of each idea.

Today I decided to move into the day more slowly and deliberately. To quiet myself. 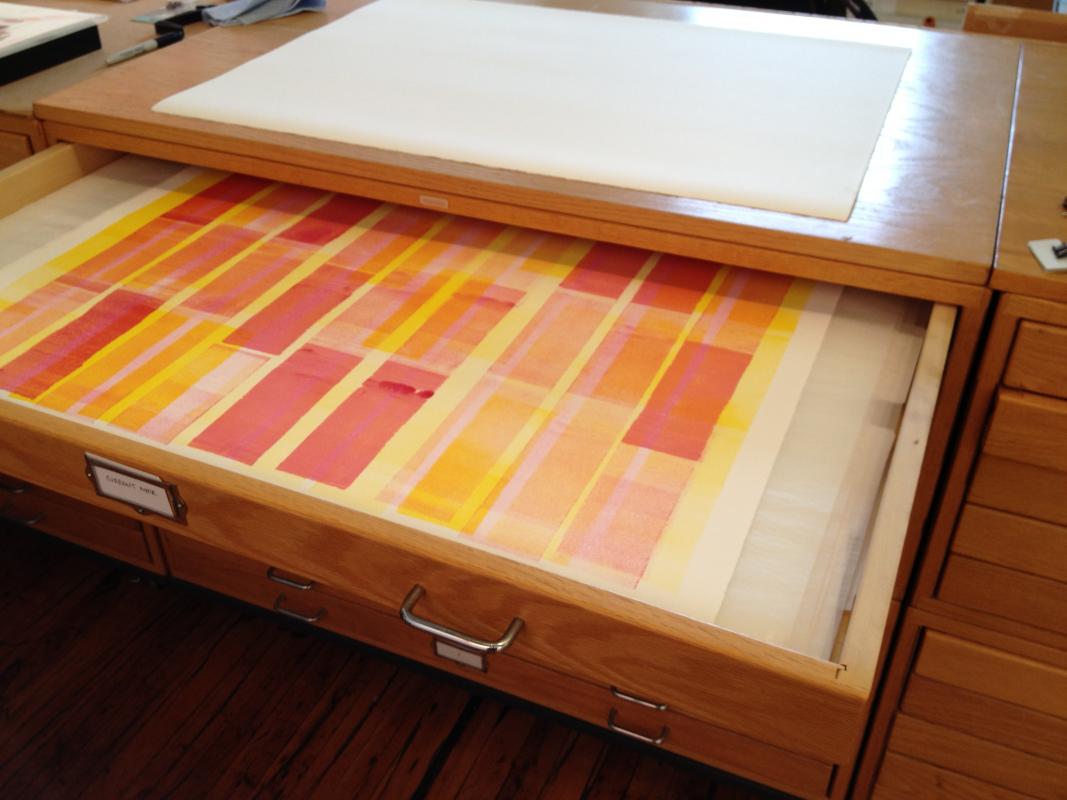 I spent a full 8 hour day in my studio yesterday. I jumped from one project to another hoping to land on using these new tools. These three marking devices are made of felt. I've been thinking of making some like this for some time. My plan was to buy industrial felt or maybe using chalk erasers to build pens and stamping devices or large pens.

Imagine my surprise when making a studio visit with Justin Bursk he pulls out these as a gift for me. 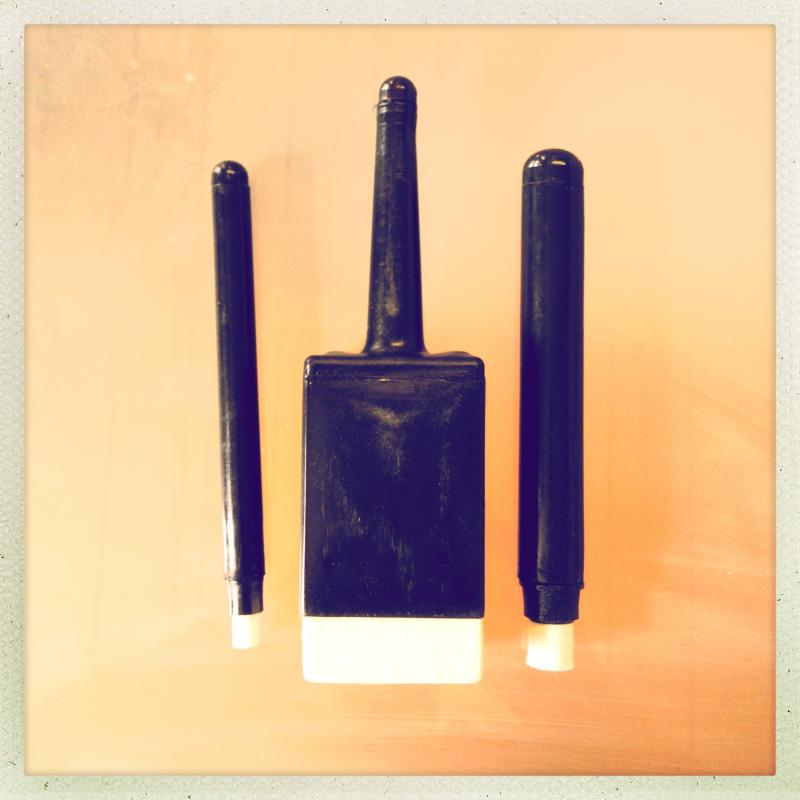 I'm participating in the city wide Philadelphia Open Studio Tours. I hope you'll save the date on your calendar. I'll be showing and selling from my #drawingaday project 2012. I'll also have larger work from 2012 and now my new pieces from 2013.

More info as time goes on. 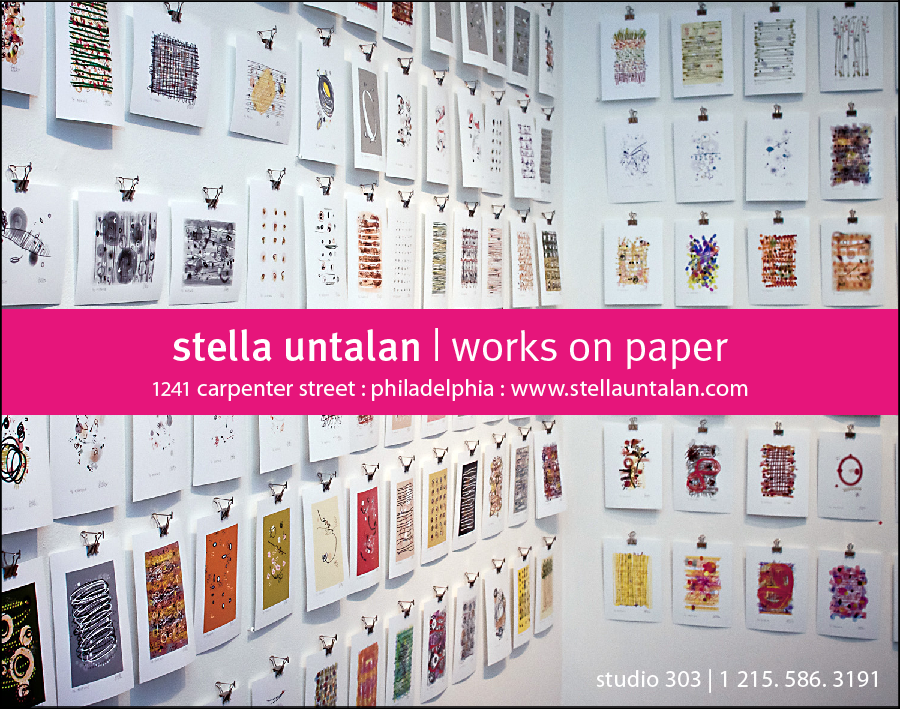