It feels as though it has been ages since I've been in my studio.

I'm walking around boxes at home but they are slowly being discarded as belongings are absorbed into drawers and closets. I can't make art when I feel this kind of disorder. Soon I'll be able to get past the boxes and back into the studio.

Cleaning my studio reveals my addictions. I love using single edged razor blades. I prefer them to scissors or xacto blades; although I do have stocks of both. Everywhere I pick up studio debris I find another straight edged razor blade, aka Gem Blades. It's a danger zone for those who don't know the signs.

I'm crazy about having a sharp one so I'm always opening a fresh blade for fear of creating a tear rather than a clean cut. 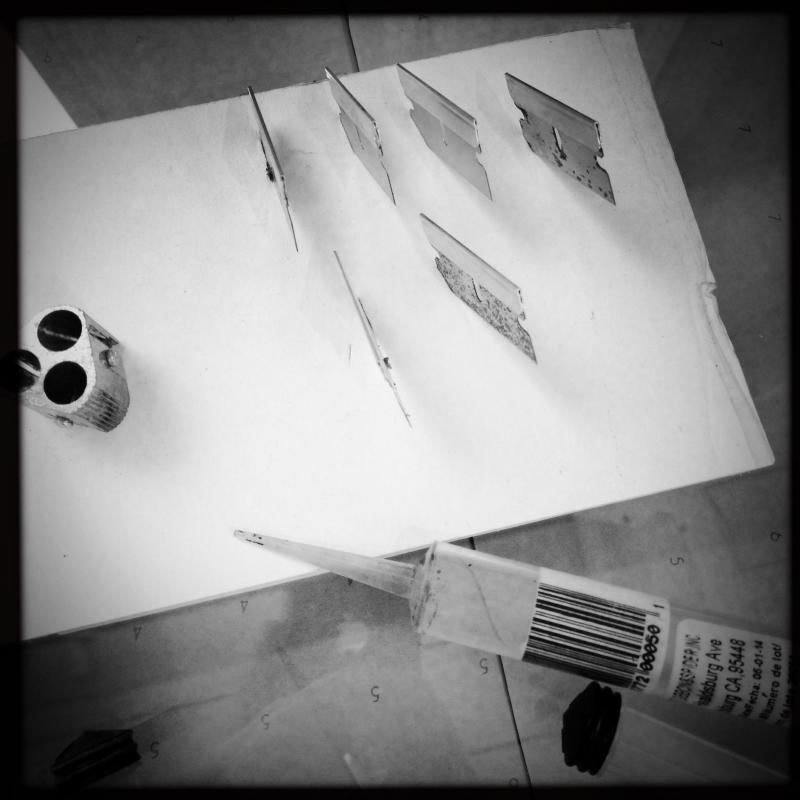 So much has kept me from getting into my studio. Work, my exhibitions, and curating exhibitions, I've worked on little sketches and I've been reading about art. Just now mark-making. Tomorrow I will have time in my studio. I'll clean the sapce and I hope to tear paper at the very least. I need the energy to make art. 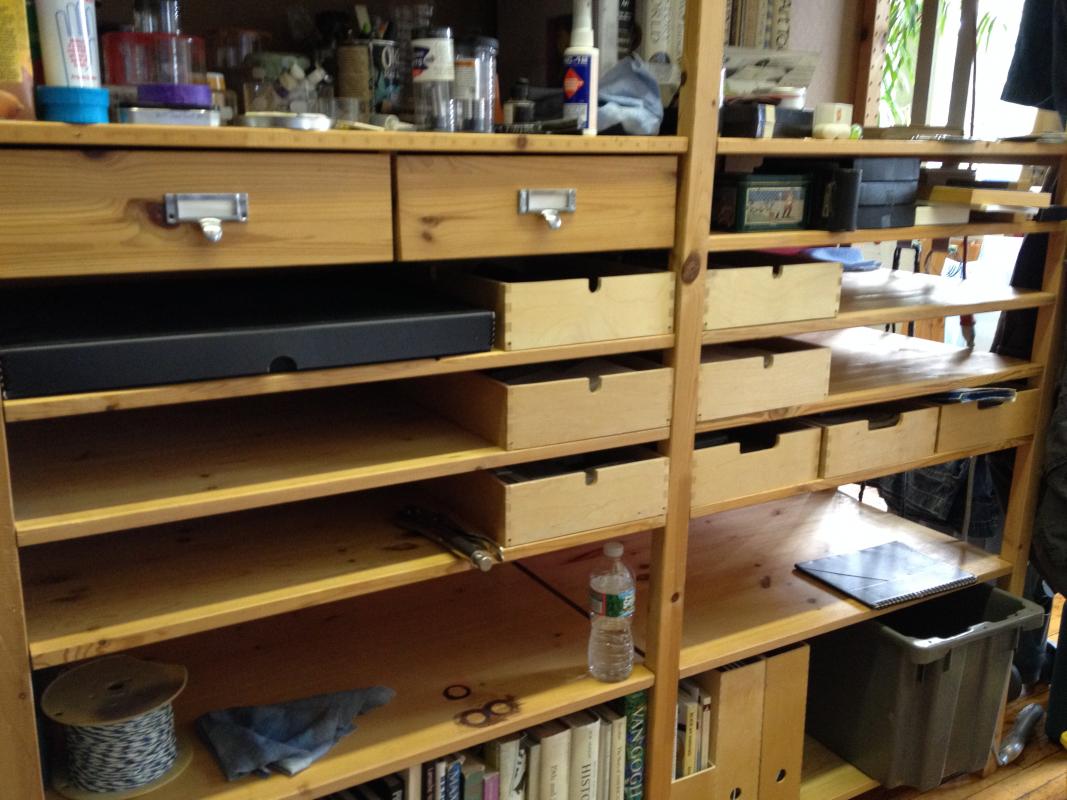 One of my drawings in Measurements. Made with ink and a bamboo pen on three torn sheets of Rives BFK. Trying to think of a name. Right now it is unnamed. Each line was made with one dip of a pen. 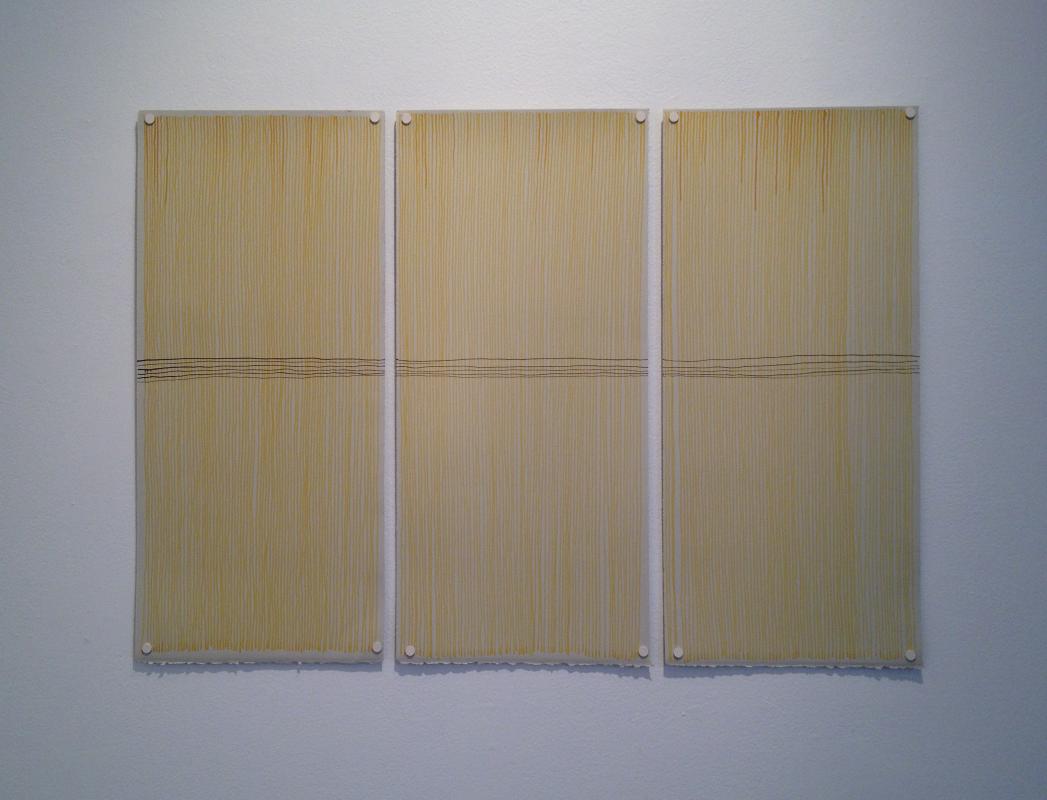 These maybe the last two drawings I have in my Rare Earth Series. I made these in the Adirondack Mountains a few years back. If you would like to give them a new home let me know. I'm happy to send them flat and you can frame them as you like. 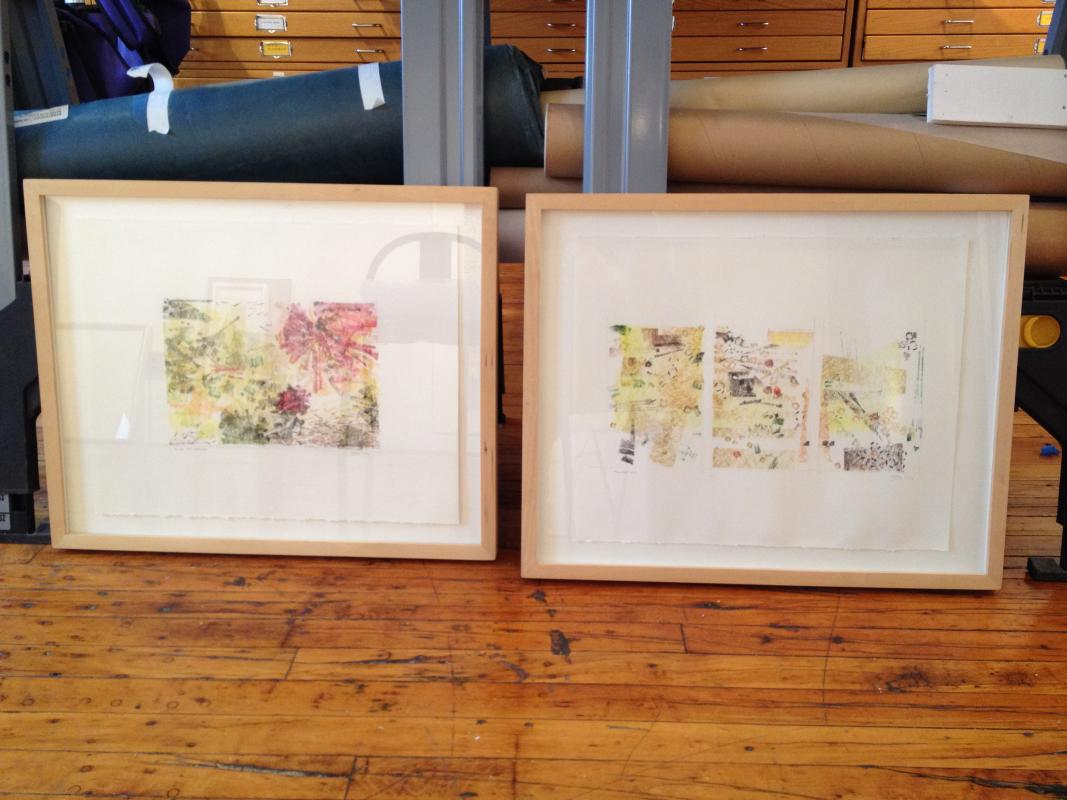 I appreciate the method, I appreciate the minimalism, the work you put into handcrafting these pieces. But what I like the most is the topology that arises when you "stand back" a little, as shown in this photo. The differences in value that occur based on the simple rules you impose create a kind of relief map-- a topology of a process, that has its own beauty. Very nice work.

It's always wonderful when someone gets my work. 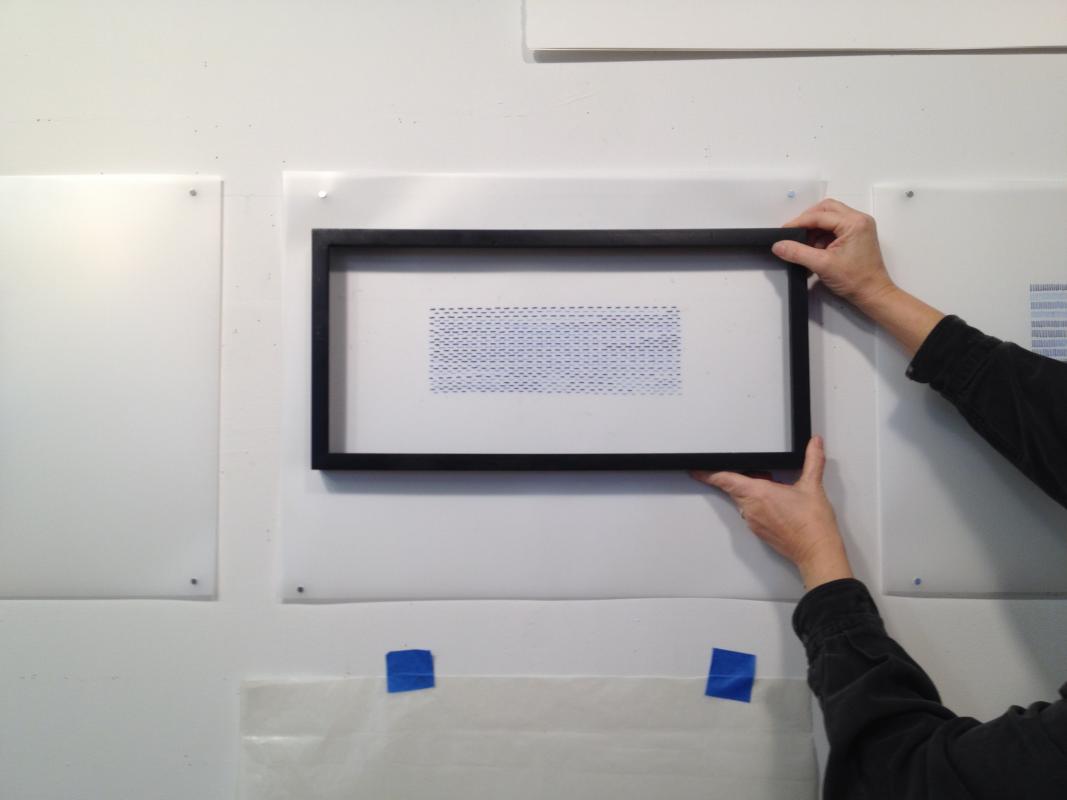 It started with this song.

Today I packed up my sketchbook, pens, and colored pencils to draw at the shore. There was a strong wind off the ocean all day. The sky and ocean were so dramatic. I only made one drawing but took about a dozen of so photographs. I was much more interested being in the moment instead of drawing — I absorbed every ounce of the moment that I could. 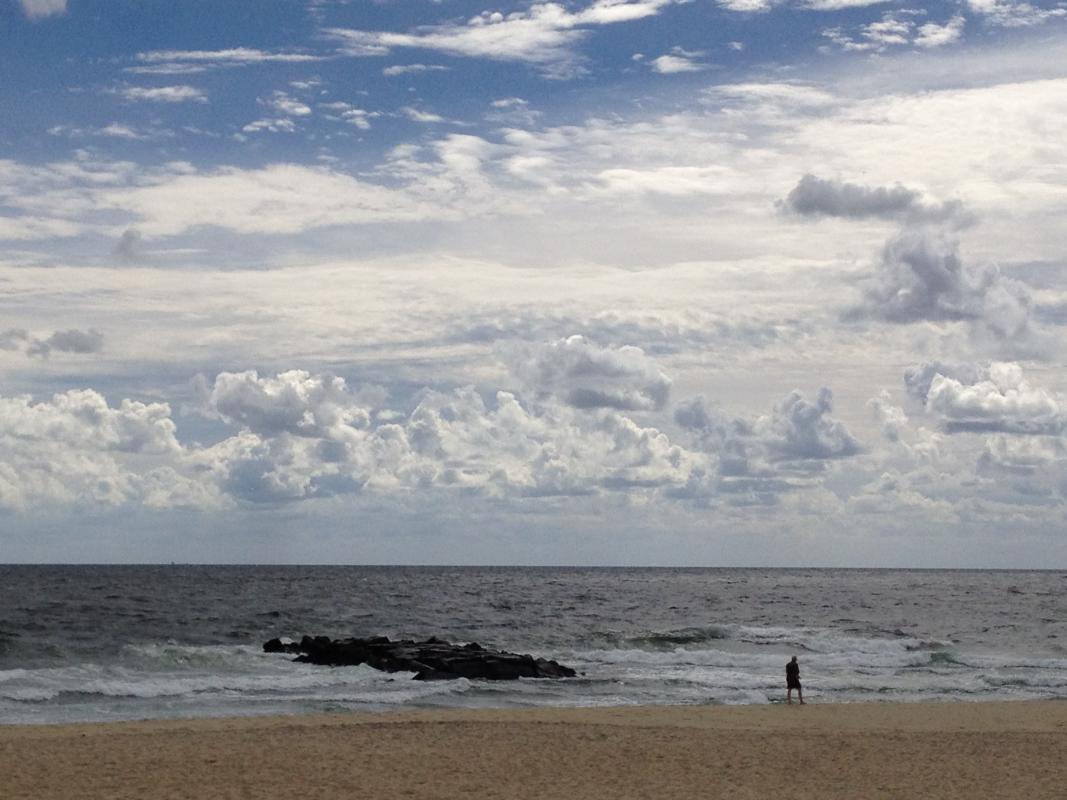 I've lost track of what day it is in the studio. I just know today is the last of the marathon.

I've gotten my groove back and I have three projects going on simultaneously. It's always good when I have several series in the works. One will take off and take over. But until then I explore the possibilities and one project feeds the other.

These are the drawings that have my attention right now.

I'm caught up in their rhythm and their heat. 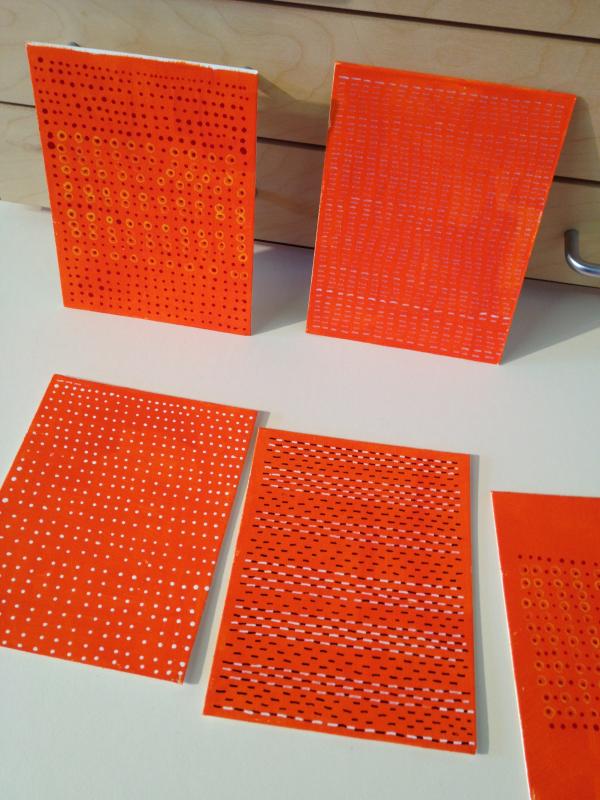 I've been in a place where yellow art is taking up all the space in my head and my studio. I went through the flat files to see these yesterday. I've wanted to move these drawings forward but haven't found what exactly would help that happen.

I now have them out so I can stare them down a bit. 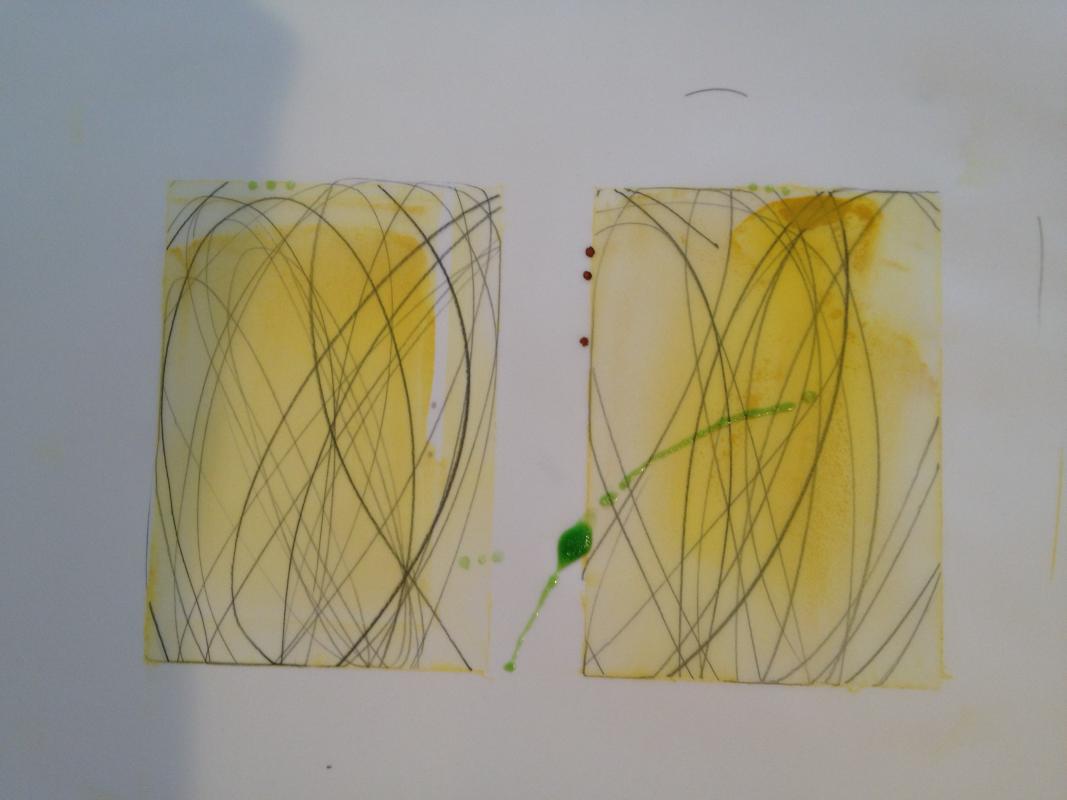