I've got a number of drawings started an in progress in the studio right now. This is another.

Starting a new series of drawings with a number of unknown factors. I purchase these rag sheets at my fav location my local Artist + Craftsman shop around the corner. I'm always interested in the results can be when I draw on a tinted or colored sheet. Sometimes I make a field of color with some kind of pigment and fix it, other times I seal the substrate before drawing. 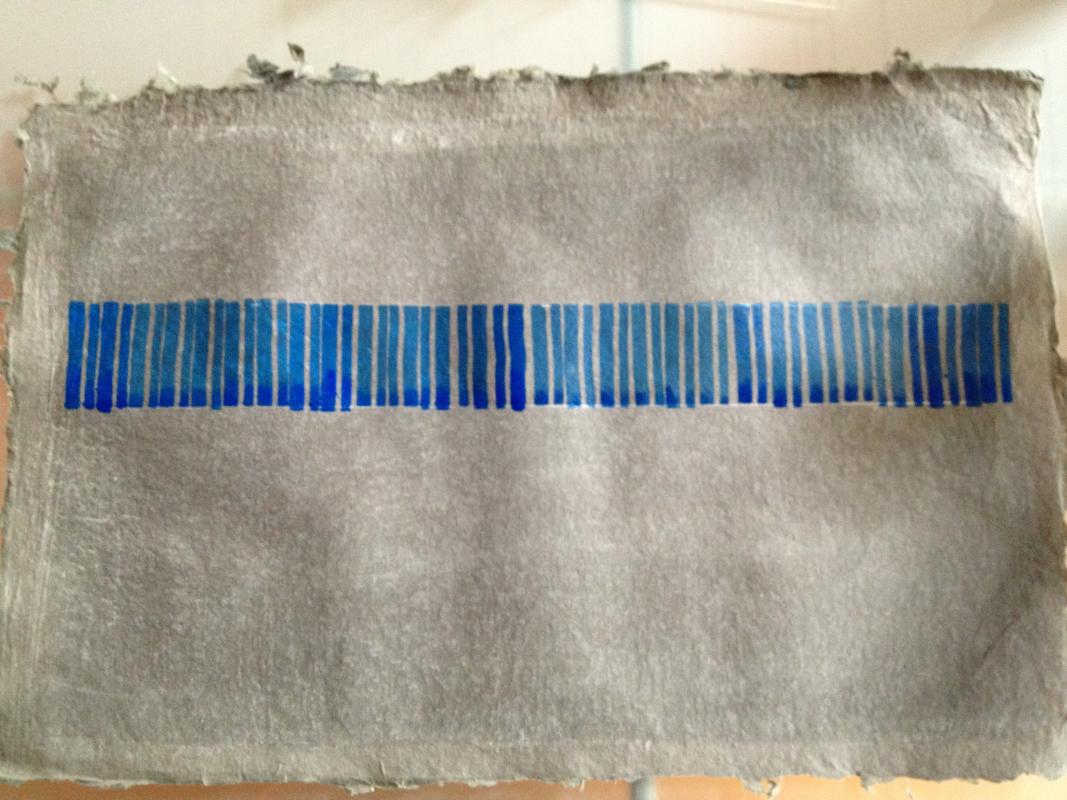 Living with a liquid sky.

It was in the 70's outside but the humidity was so thick I still had to have the air conditioner on. Still a productive day moving projects along.
Lots of progress with work. 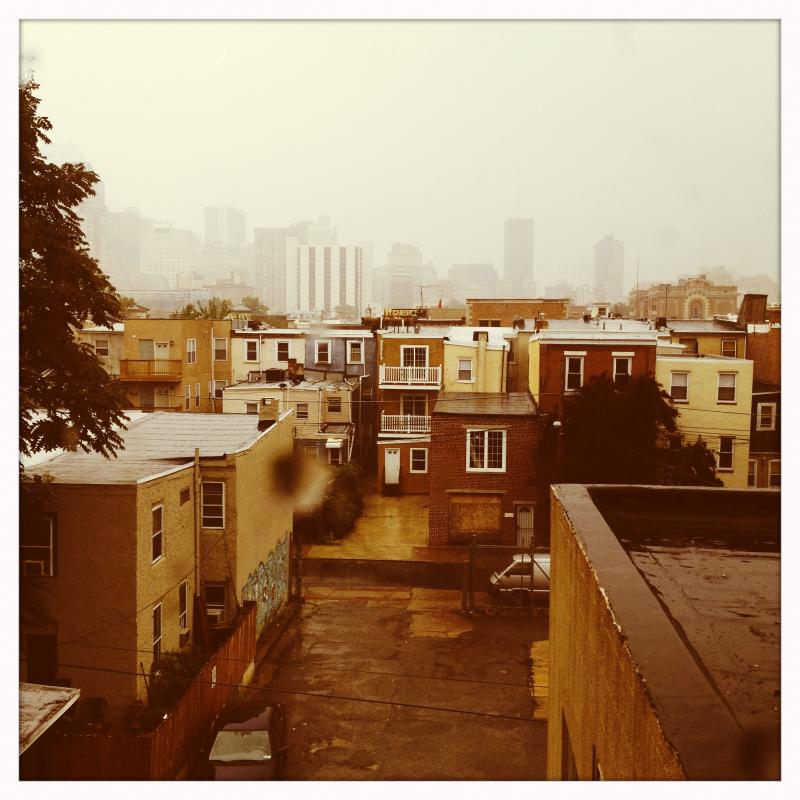 Finally some new inks for my printmaking.

My favorite art supply store is now carrying my fav inks. Not only that they are on sale. I just bought this pile including some transparent base. Looking forward to getting into using them as soon as I can get my butt into my studio. Super excited. 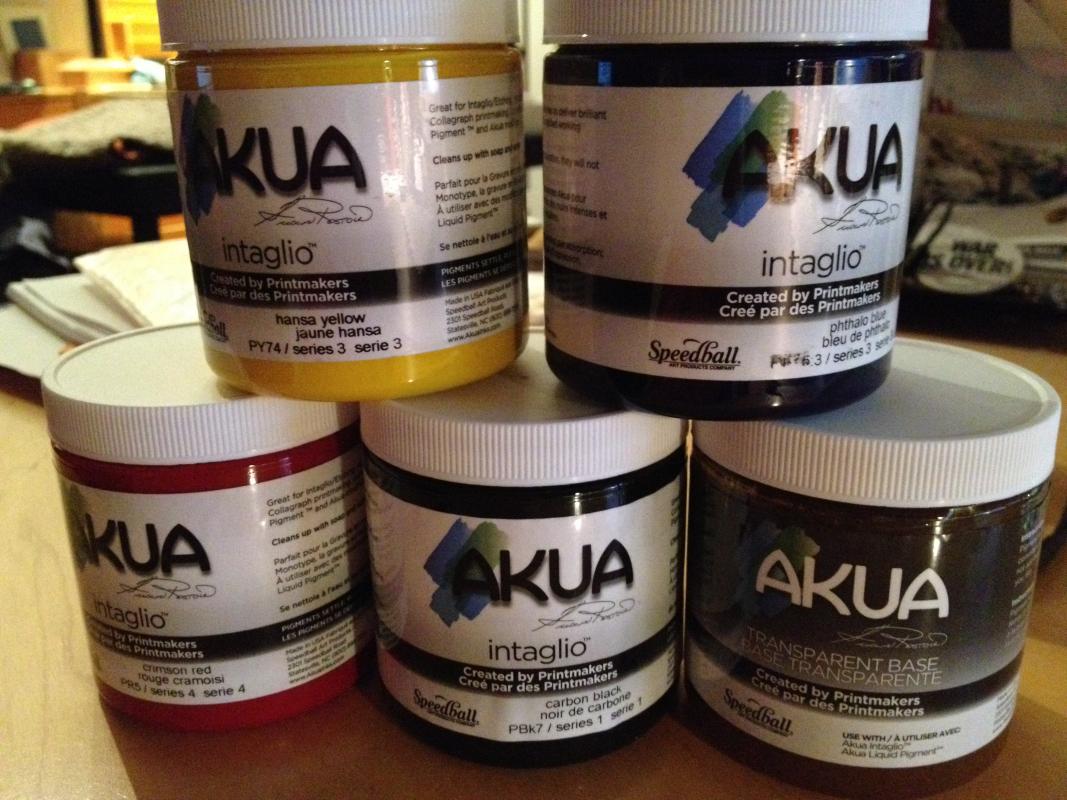 Working on a series of collage. So far this is where I am. Some are complete some maybe not. The work is about my relationship with typography as marks, vocabulary, and color. I'm pursuing a series of 26 for each letter in the alphabet. But if punctuation makes it into the conversation that will add a few more. So far the project name is alphabet collage. 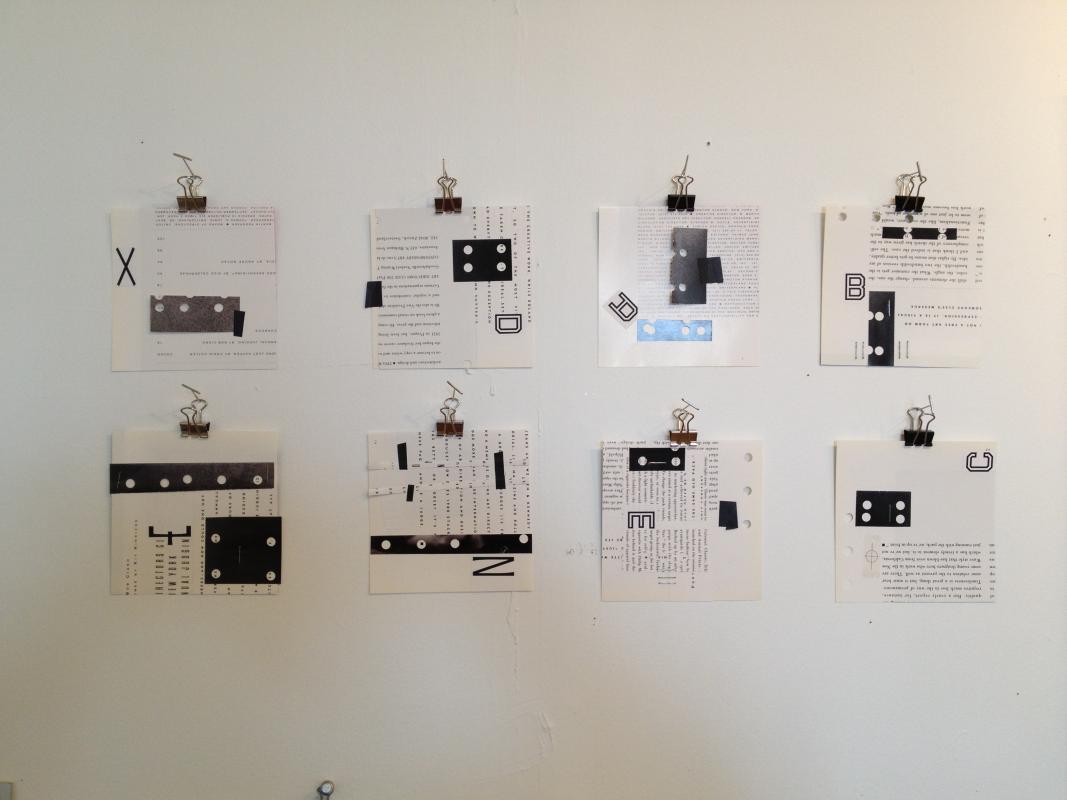 A new project on the worktable yesterday.

Trying to jumpstart my making work and keep myself from spending another day cleaning and doing construction in the studio. I decided I should make some small things. Experiment and make it easier to maybe even make several in one studio session. I have many larger projects that I have started but they have many stages and I'm waiting now for inks to dry. 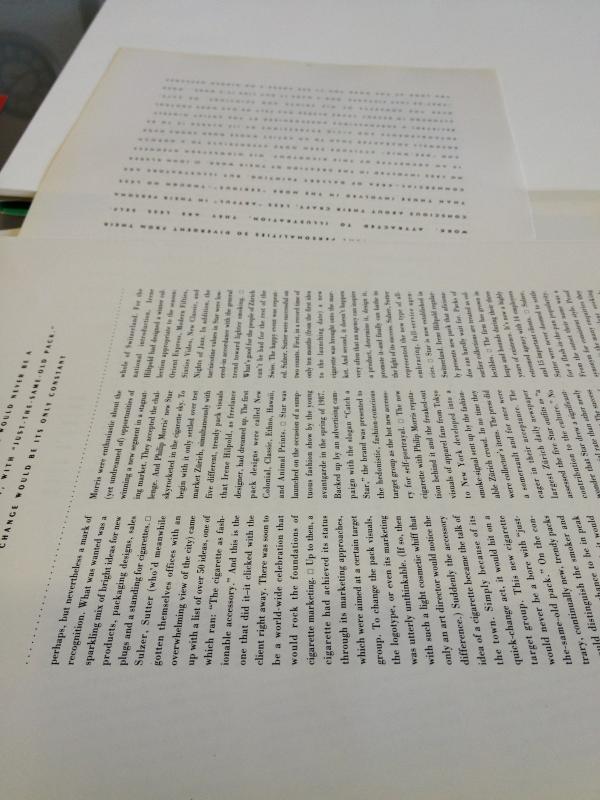 I started some new drawings today. The experience of starting this drawing has almost convinced me to look at making this series square. I haven't made any square drawings in a while but it seems where they want to go. It's the repetition. Too much in these rectangles. Now I'm waiting for this one to to dry. I'll continue and see what happens but at the same time I will look at what kind of paper I want to use for the square drawings.

I have many unfinished drawings at this point.
I'm patient. Something isn't right. I'll keep looking at them and they will reveal themselves. 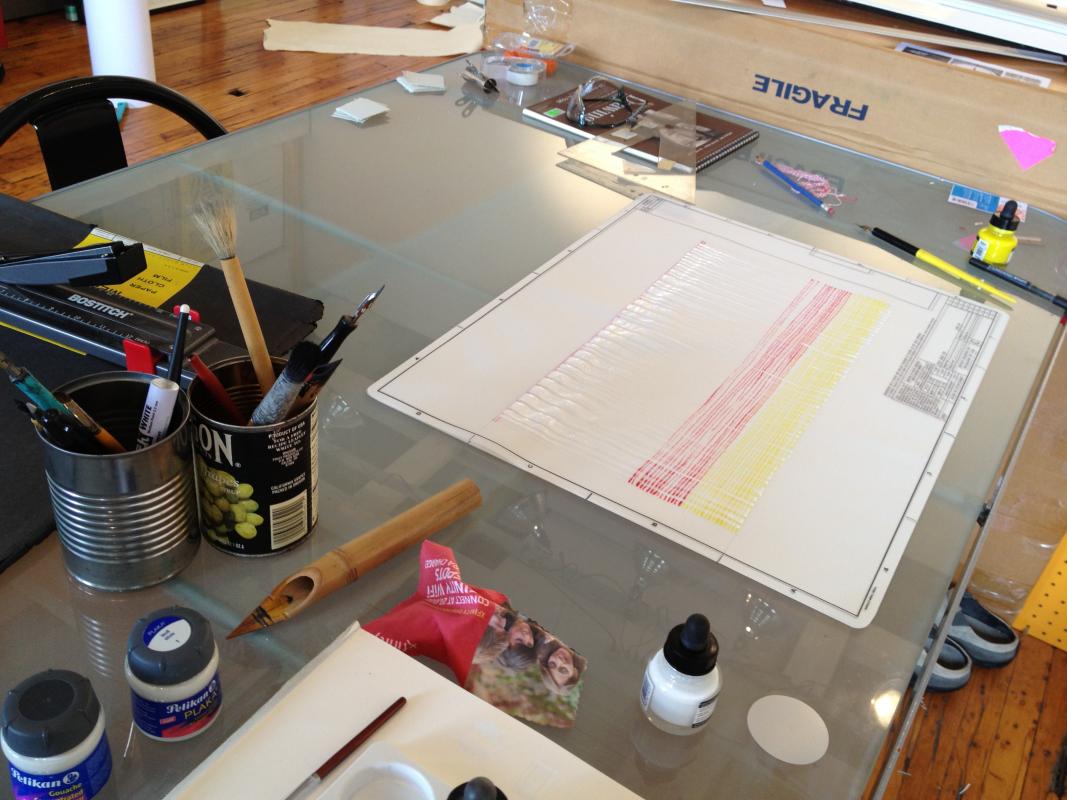 Had to paint this cardboard wall. Just too dark. Also decided I will keep it now until I can afford to build the sliding wall I have designed. So I laid down a layer of primer.

Completed phase one. Next is a layer of flat white. Brightened the studio up considerably. Next is to get a couple of pulleys to fly up some storage and a pegboard divider. Planning on being in the studio tomorrow. I'll move everything out of the way to do some drawings. Paint later in the week. 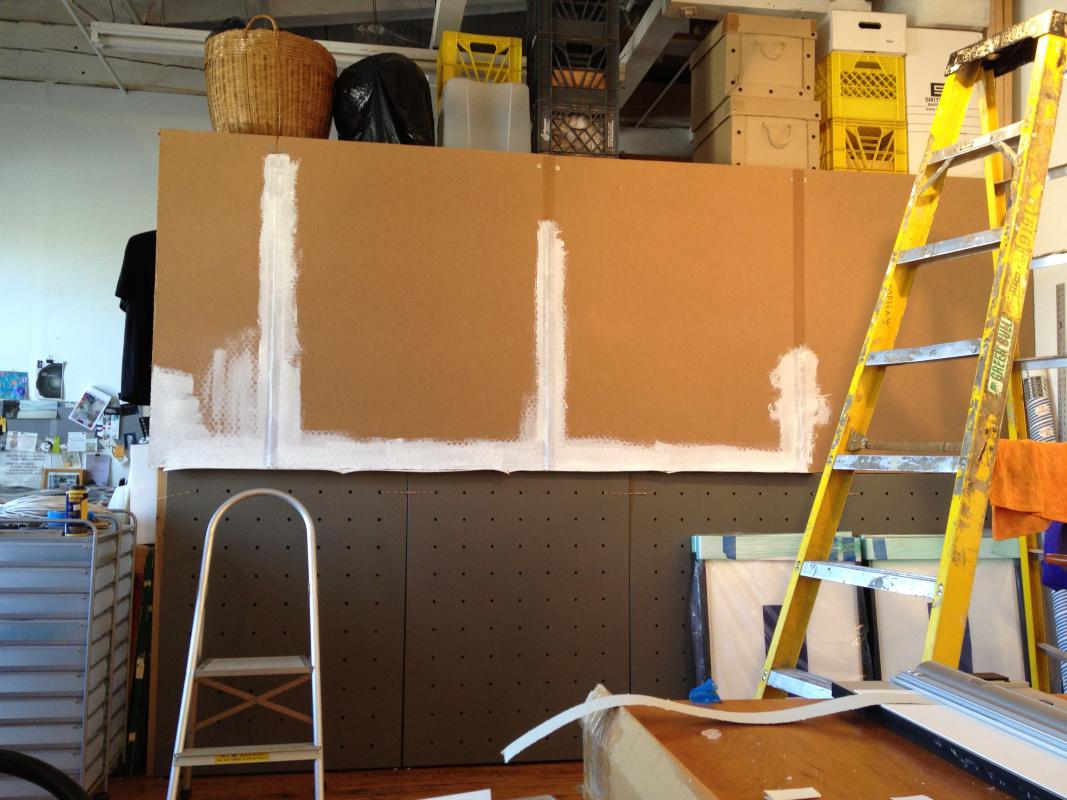 Got in that reorganizing bug that happens in the spring. I'll be opening the studios to the outside world again so I need to reorganize so it's easy to get the outside breeze. Here's some work organizing the space. Next is to create my screening for the doors. Hoping spring will be here soon. Just bought some new staples for one of my fav guns.

Now I'm planing a construction day. Ready to rock on some hanging storage. Excited to work on it. All this work gets my head in just the right place to make art. My fav organization containers for fasteners. 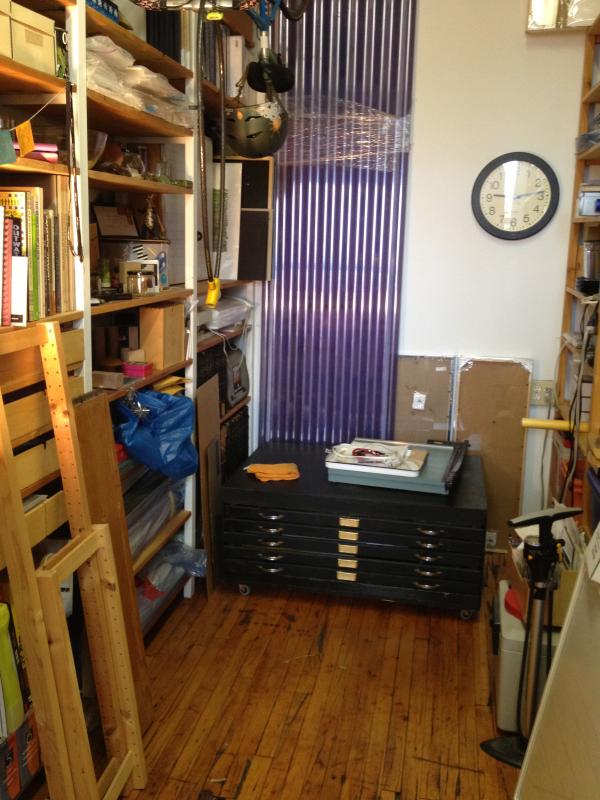 I finally began my altered book project. It's been in my thoughts and sketchbook for over two years. My post  process : 9 x 9 new works [ part one] back in 2010 gives a little background. I finally felt I had a way forward. I opened each book to a spread that asked me to ink it. I know this sounds strange but I can't really define all of the reasons why I chose the particular spreads, so I'll leave the reasons out of the process so far. 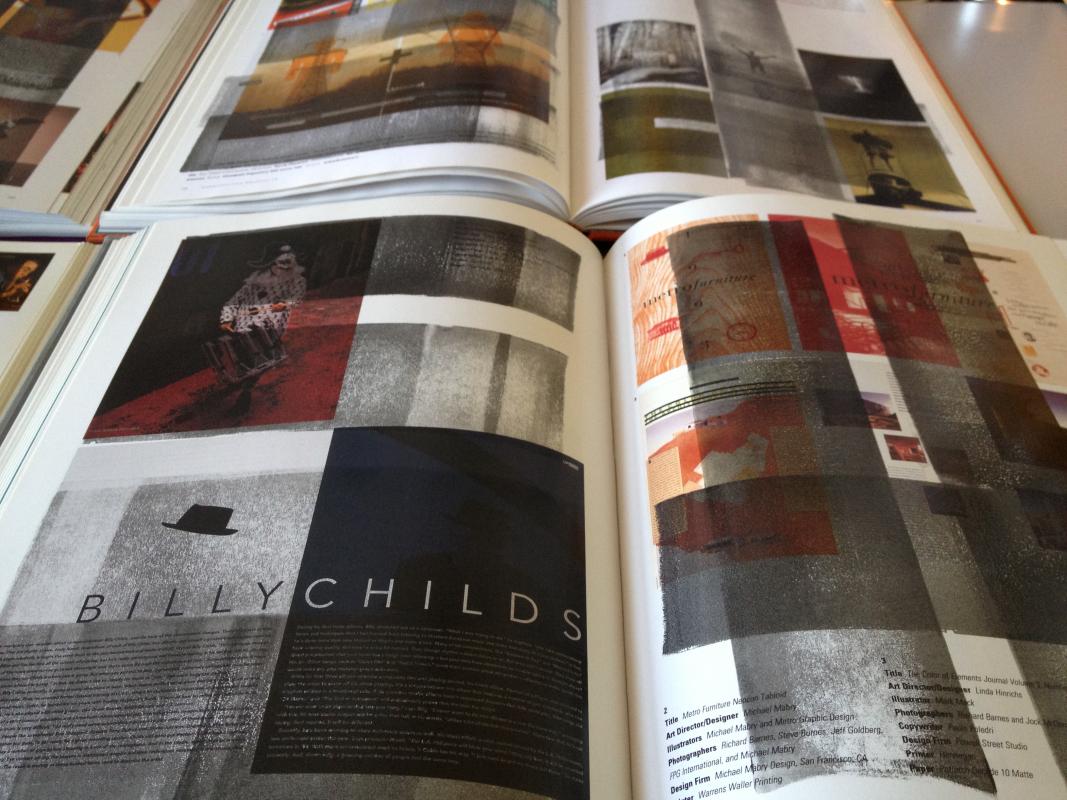 I actually was able to get to the studio on Sunday. Often I'm so fried from the work week I do all the domestic stuff that day. But this Sunday was different. I hopped on the bus early and was the only rider to my destination; then walked the last mile. That gave me plenty of time to be in my own head.

After I climbed the flights to my third floor studio I was ready to get into my ritual. 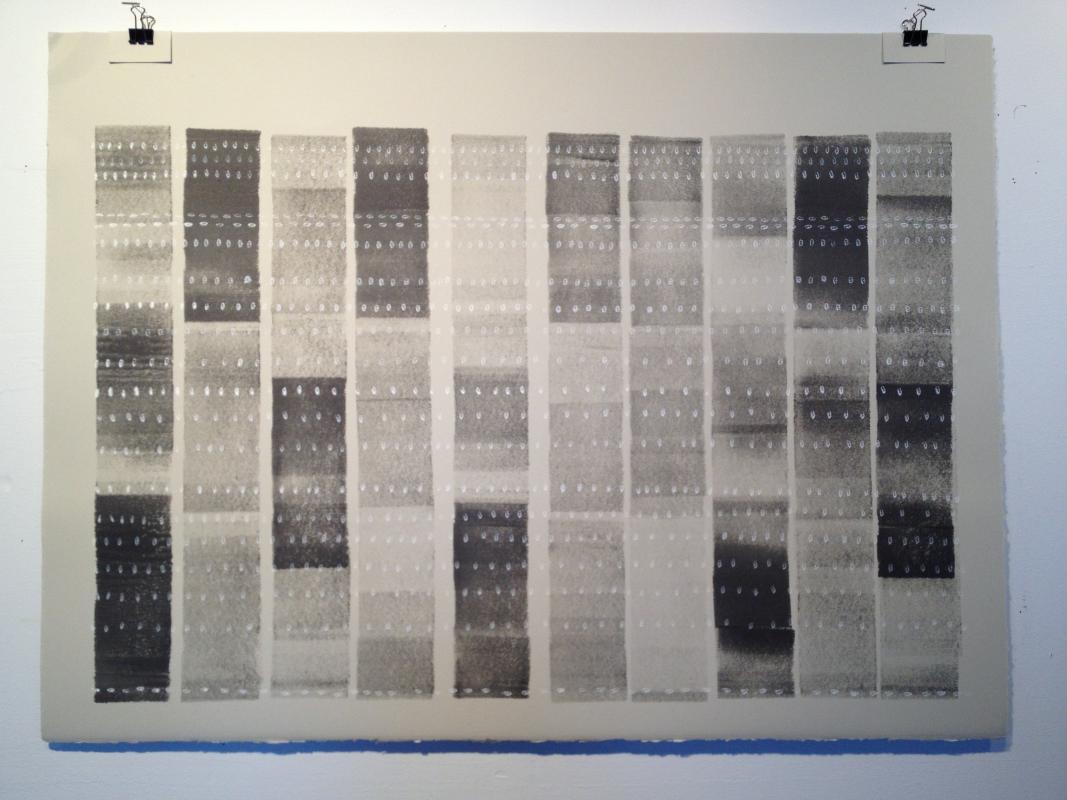